SRM is committed to ensuring that every voice is heard by recognizing and honoring the diverse values, cultures, and needs of our team members. We are building a culture where differences are valued, and equal opportunities are available to everyone. 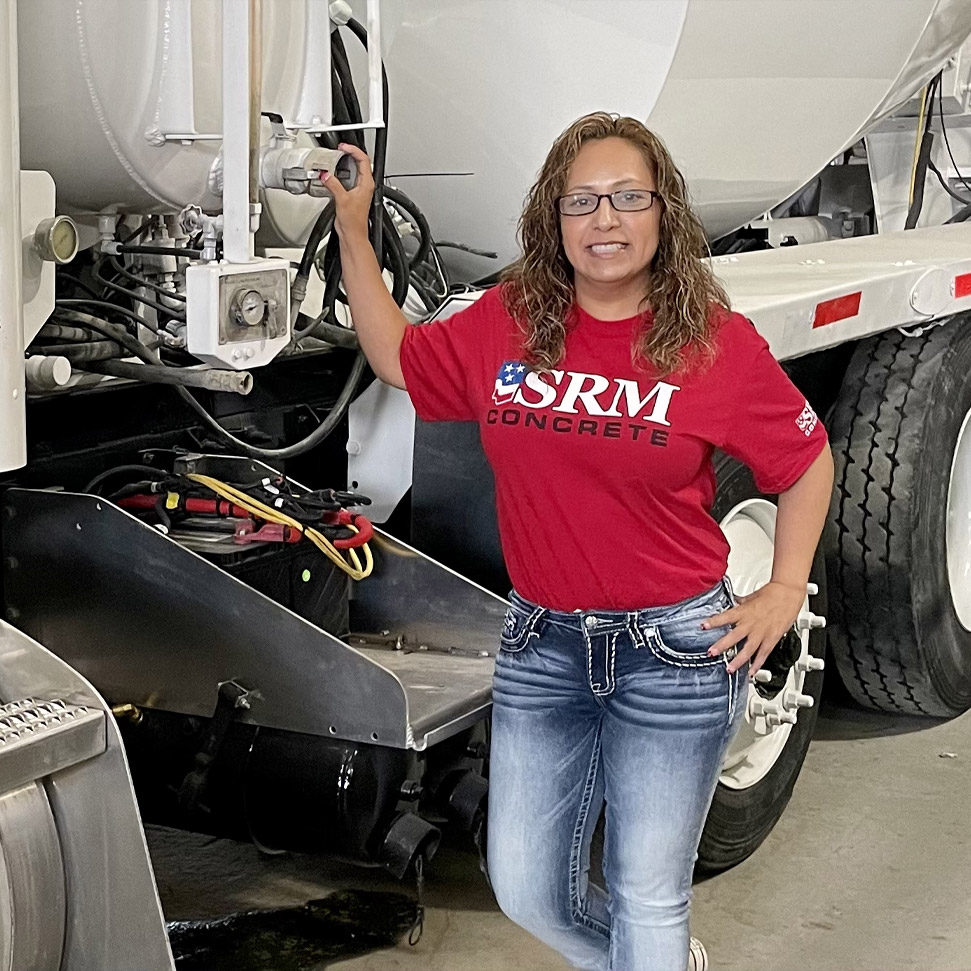 Cindy Navarrete is the Shop Manager of our Dallas/Fort Worth plants. She is responsible for making sure the trucks, loaders, and other equipment are in safe, working order. Cindy's 24 years of Fleet Management experience in the Concrete Industry have helped her become an exceptional leader. Cindy is a remarkable problem solver and she gets excited to face new challenges. She is passionate about getting our trucks back on the road, and she loves working with her team. 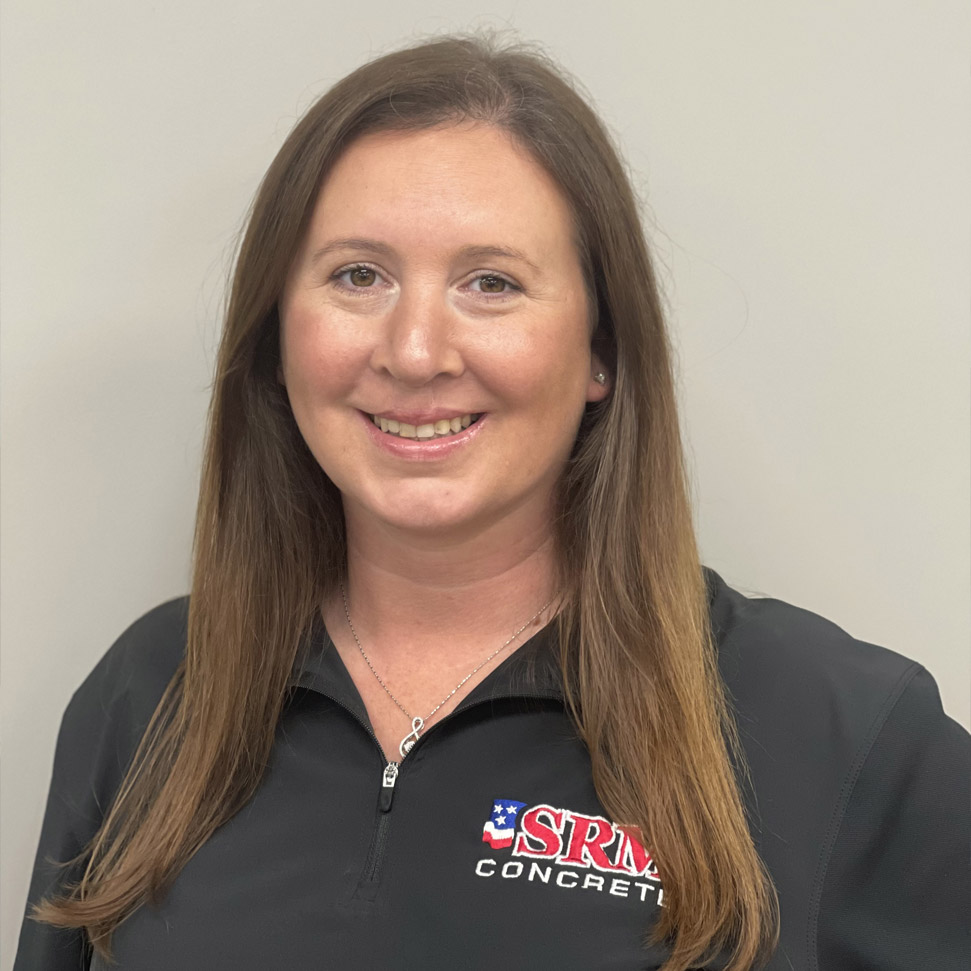 Danielle Pudvah's career in the concrete industry started when she turned 18 years old, only two years older than her father was when he got his first laborer job at a local concrete plant. While she was working toward her degree in Business Management, she began to learn the ins and outs the business at a concrete company owned and operated by her father. After earning her degree, she transitioned to operations, then environmental, then fleet management. Following SRM Concrete's acquisition of her father's company in 2016, Danielle stayed with SRM where she has continued to serve as the Environmental Manager. 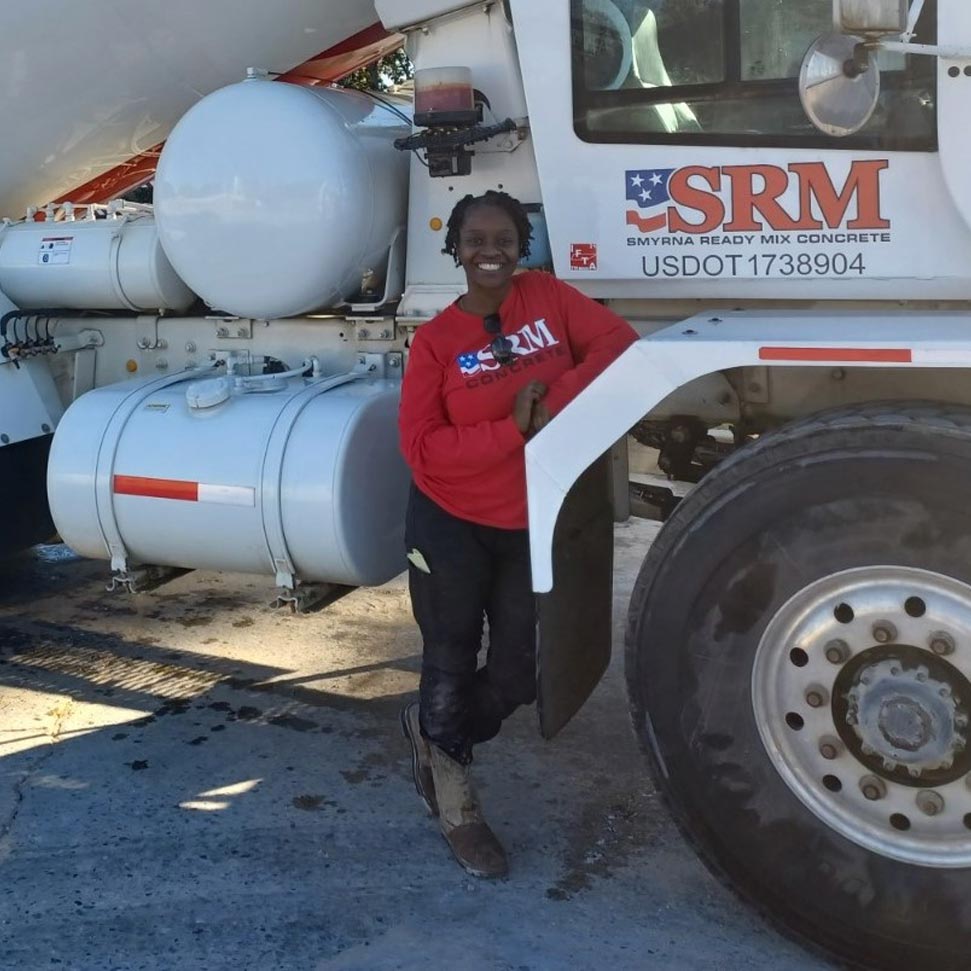 Jada Jackson is one of our talented Mixer Operators in Little Rock, Arkansas. Jada started with SRM less than a year ago, but she's already had a huge impact on our team. Upon her arrival, Jada received CDL Class B training, and she said she loved the process. She is the proud mother of 5, and she loves working hard to make a better life for her kids. When she's not hauling concrete, she loves to hit the Saturday morning yard sales with her kids. 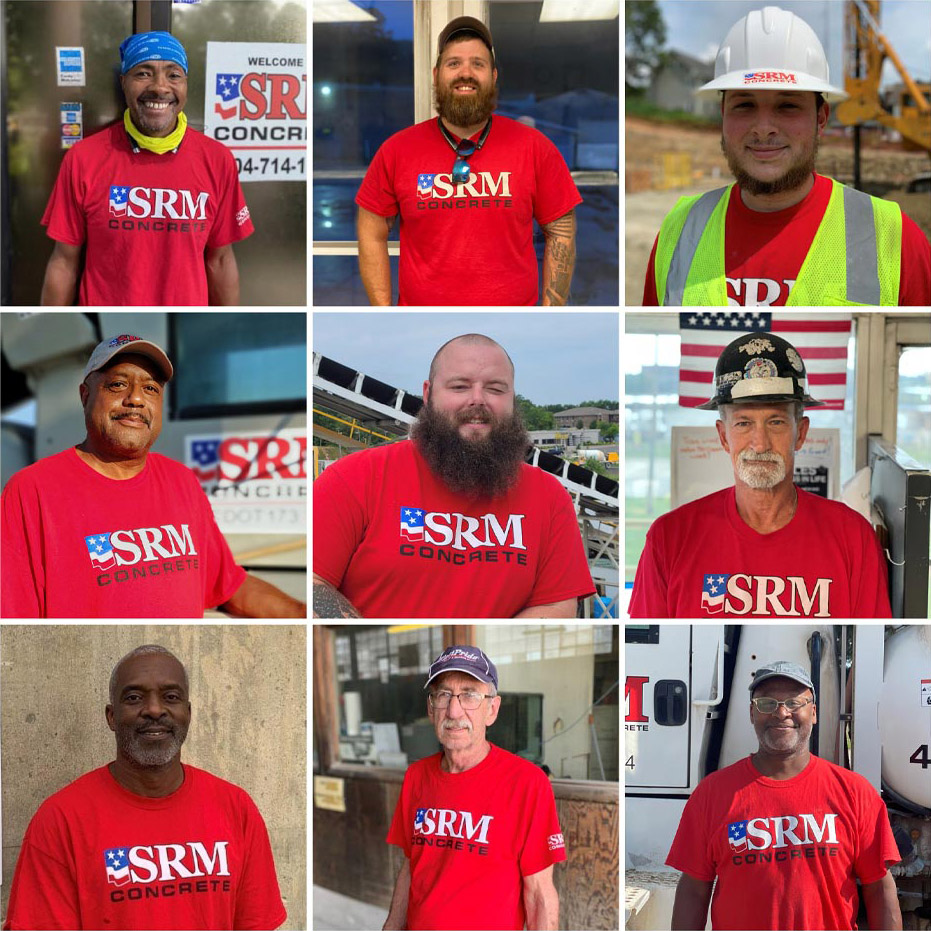 SRM strives to make the transition to civilian life easier for our Nation's Veterans by cultivating an environment conducive to their military experience. Veterans excel at SRM due to their acquired ability to take ownership, make quick decisions, and strive for excellence. 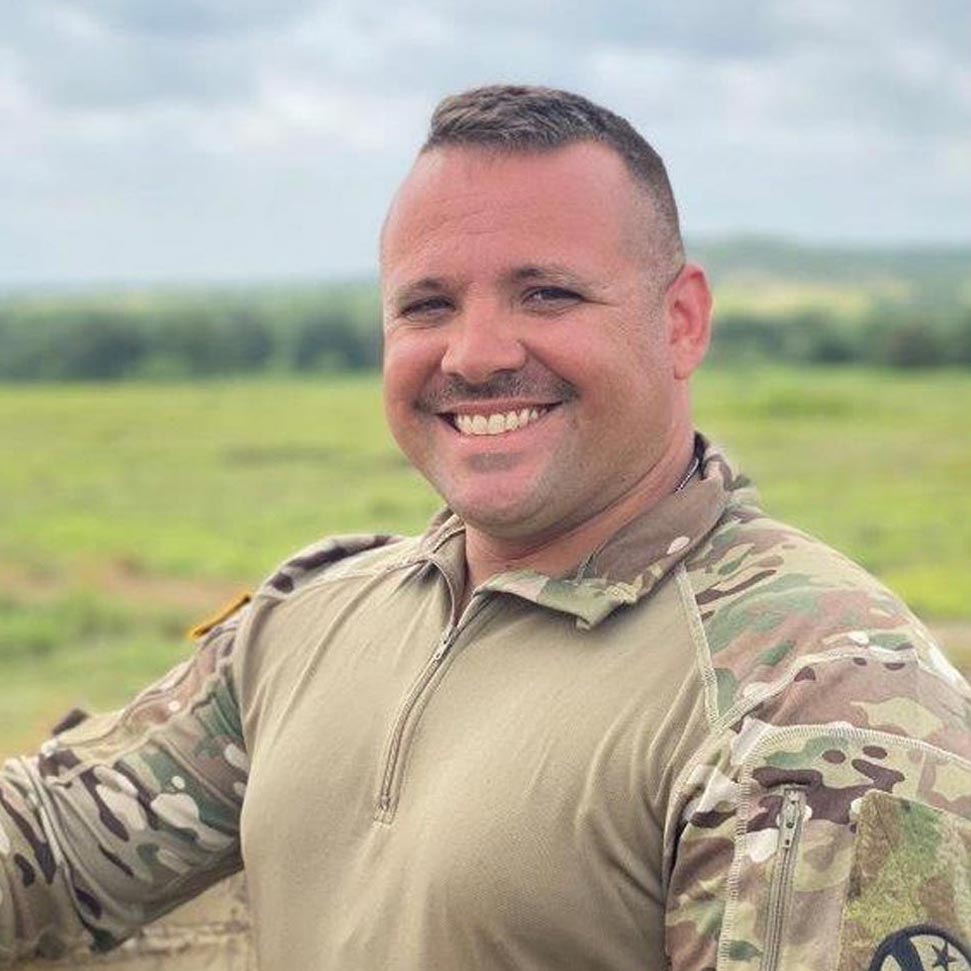 Josh Maxwell had always wanted to join the armed forces. At the age of 27 after a difficult season of life, Josh decided to join the Army National Guard. Josh said, “I enlisted, not to wear the uniform and draw attention to myself. I wanted to wear that uniform because I wanted to serve.” Josh serves on a tank crew as a gunner, loader, driver, and tank commander. Josh started his career at SRM in 2018 as a Mixer Operator. The leadership skills he gained in the National Guard moved him quickly into management of the night pours at our Nashville plant. From there he transitioned to the recruiting department before taking on his current role as the GM in Western Kentucky. 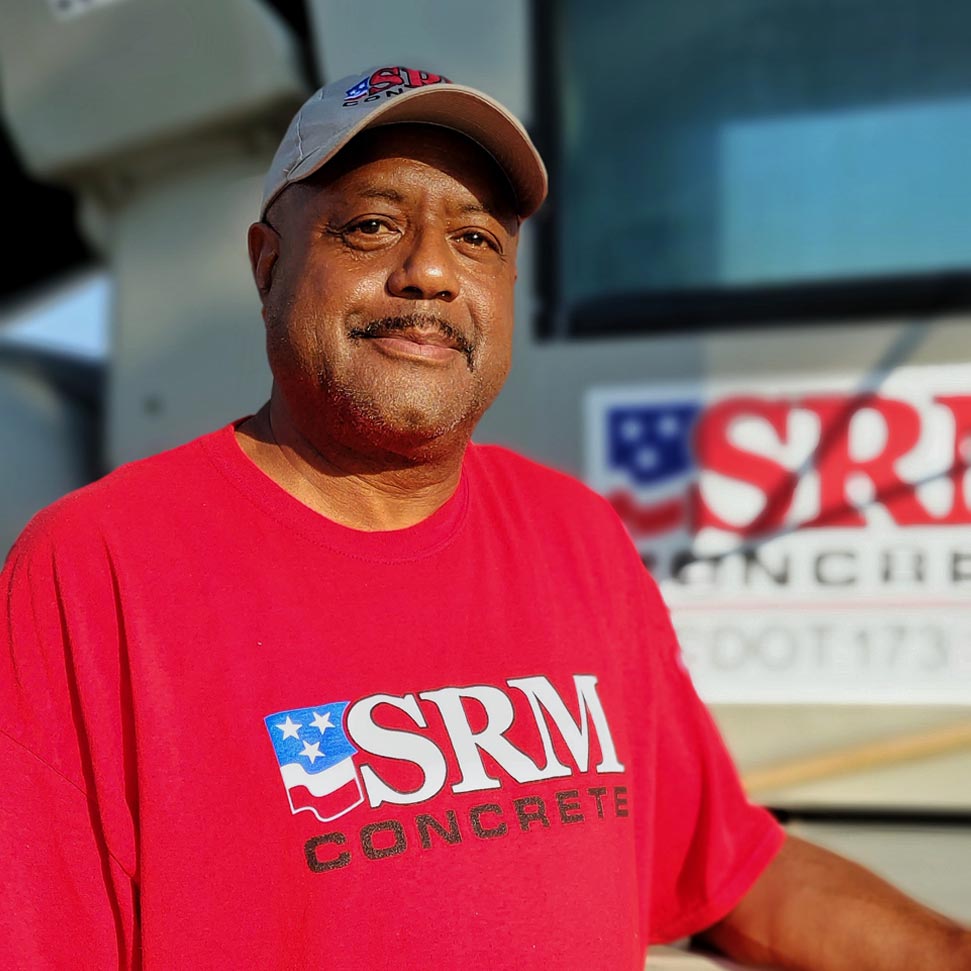 Hershel Bonner joined the U.S. Army at the onset of the Gulf War in 1990. He served for 4 years in active duty before joining the Army Reserve for 14 more years. Shortly after his time in active duty, Hershel started working in the concrete industry. Hershel mentioned, "The concrete industry can be great for people coming out (of the armed forces). It's been good to me. The comradery and work are very similar." After 34 years pouring concrete, he still loves coming to work every day. Hershel loves being around his customers and building friendships with them. 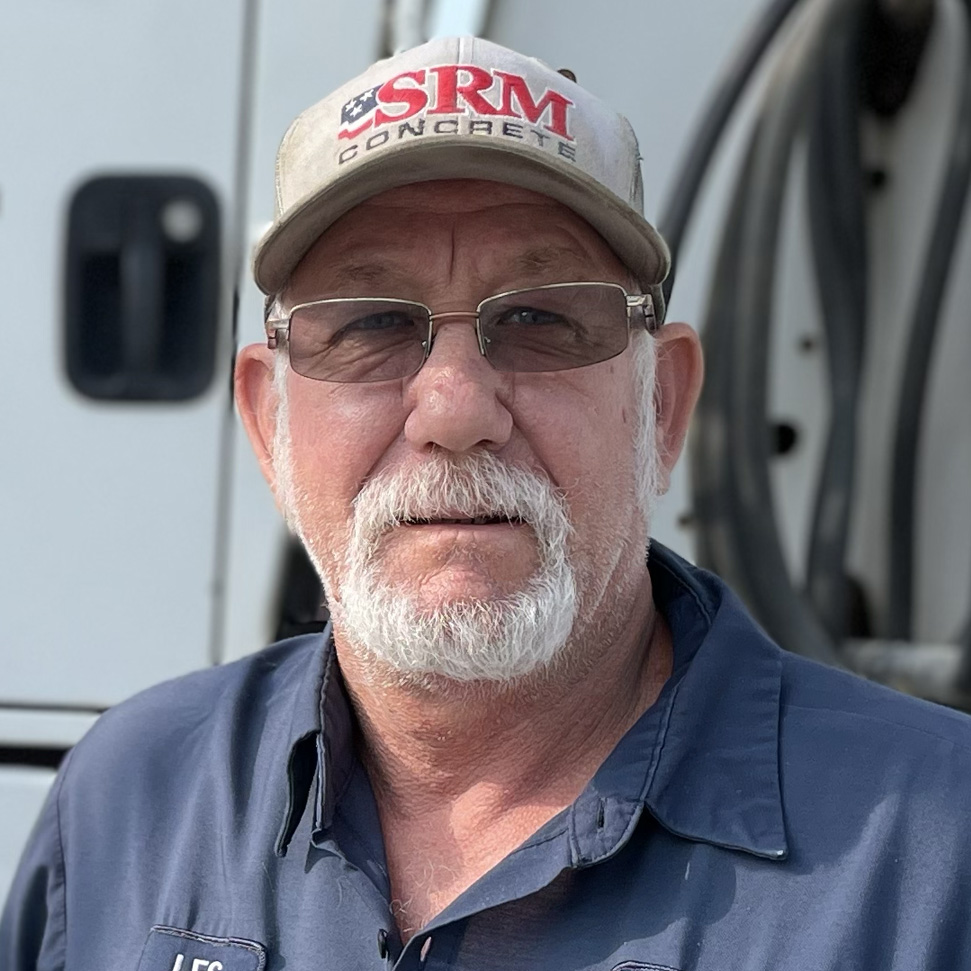 Gary Ware is the GM in Central Florida where he oversees daily operations of 9 ready-mix concrete plants. Not only does his team and customers benefit from his extensive Concrete Industry experience, they also benefit from the training he gained during his twelve years in the Marine Corp. Gary finished his service to our Country as the Administration Chief for Aviation Supply at Camp Pendleton in California. His Marine Corps service also can be seen in the principles of respect, passion, and dependability Gary promotes to his team.

About Us
Our Team
Featured Products
Social Responsibilty
Locations
Careers